Get Yours
Germany’s $14 Million Art Forgers Jailed for Total 15 Years
+++
The Greatest Fake-Art Scam in History?
+++
How Wolfgang Beltracchi conned the art world

Wolfgang Beltracchi (born on 4 February 1951) is a German artist and art forger, and undoubtedly one of the most exceptionally skilled painters in the world. He has admitted to forging hundreds of paintings by renowned artists including the likes of Heinrich Campendonk, Fernand Léger, and Max Ernst, and outsmarted the most powerful players in the international art world for more than 40 years.

From a young age, Beltracchi was surrounded by art and literature; he began working with his father, who was a church painting restorer, and from whom he learned how to use colors and how to paint. At the age of just 12, Beltracchi not only copied his first ever painting by Picasso, but “perfected” it by adding his own elements to the piece.

Like most teenagers in a radically changing Germany in the 1960s, Beltracchi was fascinated by social and cultural change. He was expelled from high school at the age of 17, and later gave up attending art school after studying there for four years. Instead, he pursued a hippy life of drug-fueled wandering adventures across Europe and North Africa. To fund his nomadic lifestyle, Beltracchi started occasionally buying old paintings, and after restoration, reselling them. It was in the early 1970s that Beltracchi started forging paintings and truly began his career as an art forger. 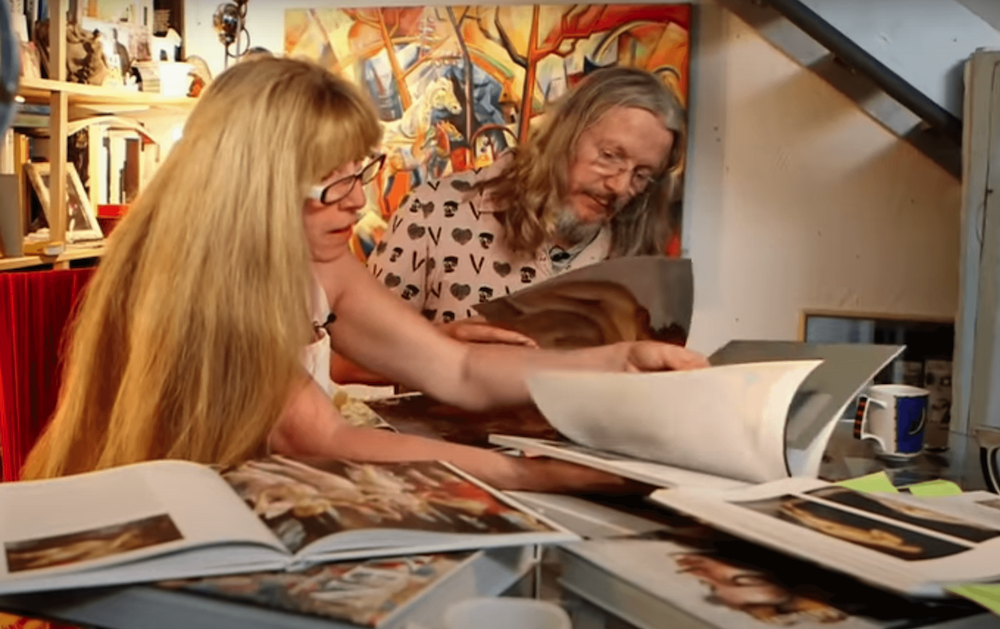 Key to Beltracchi’s success were his ideas to familiarize himself with known literature on the artists he had chosen, and to research the literature of the time and the artists’ surroundings. An important part of this research was the catalogue raisonné, which is a comprehensive list of all the known paintings of the separate artists. Beltracchi searched for gaps in the work of these artists, and identified paintings that the artists didn’t paint but could have painted. Additionally, Beltracchi looked for paintings that were known to exist but were lost, and of which there were no pictures. Beltracchi not only adopted the artists’ handwriting but also their way of thinking, their habits and outlook on life. He visited the places where they lived and painted, and to an extent became that artist.

In 1992, Wolfgang met and fell in love with Helene in Cologne. Within three days of getting to know each other, Wolfgang confessed his secret profession. From that moment on, Wolfgang and Helene embarked on their foray into a life of criminal art. After marrying in 1993, Wolfgang adopted Helene’s surname. 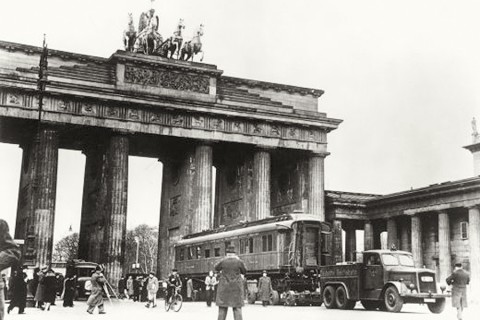 Beltracchi realized that in order to tap into the art world they would need a convincing story. Nazi Germany was a convenient time in history for that story to begin since Hitler was against modern German art and gave the order to confiscate all modern art in every museum and household in all of the European territories that he occupied. This provided the perfect opportunity for Wolfgang and Helene to miraculously make these paintings “resurface”.

One art dealer in particular appealed to the Beltracchis; Beltracchi admired Alfred Flechtheim’s exceptional instinct and dedication to modern art. Flechtheim was a Jewish German art dealer who fled from the Nazis to London in 1933. The Beltracchis told the experts that they had inherited the paintings from Helene’s grandfather, Werner Jägers, since he was a former neighbor to the Flechtheim Gallery in Cologne. Soon after, the auction houses reformulated the ownership of Beltracchi’s paintings as the Jägers collection.

Beltracchi took a portrait of Flechtheim from the gallerist’s artist friend, Marie von Malachovski, and used it to create artificially aged labels; he applied these labels to the stretcher bars of various artists’ works. With the provenance and the authenticity of the Flechtheim origins confirmed by the experts, the value of the paintings increased enormously. To discover a long-lost artwork, let alone an entire collection, from this turbulent epoch of Germany’s history on the market was like hitting the jackpot for auction houses. 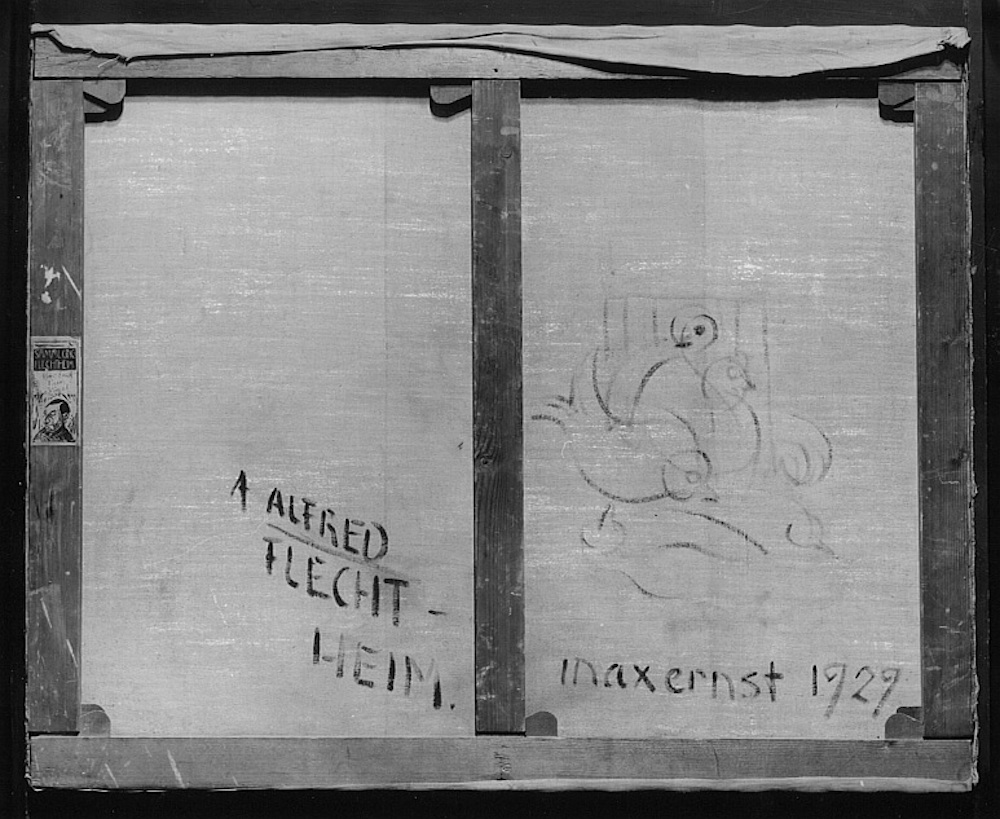 The big auction house names in the art world: Christie’s, Sotheby’s, Lempertz, became accustomed to the name of Helene’s grandfather, Jägers, and the supposed “Flechtheim” collection. The collection provoked an infectious euphoria on the art market and prices soared. Suddenly, paintings from previously undistinguished artists became highly sought-after works that were selling for millions at auctions. 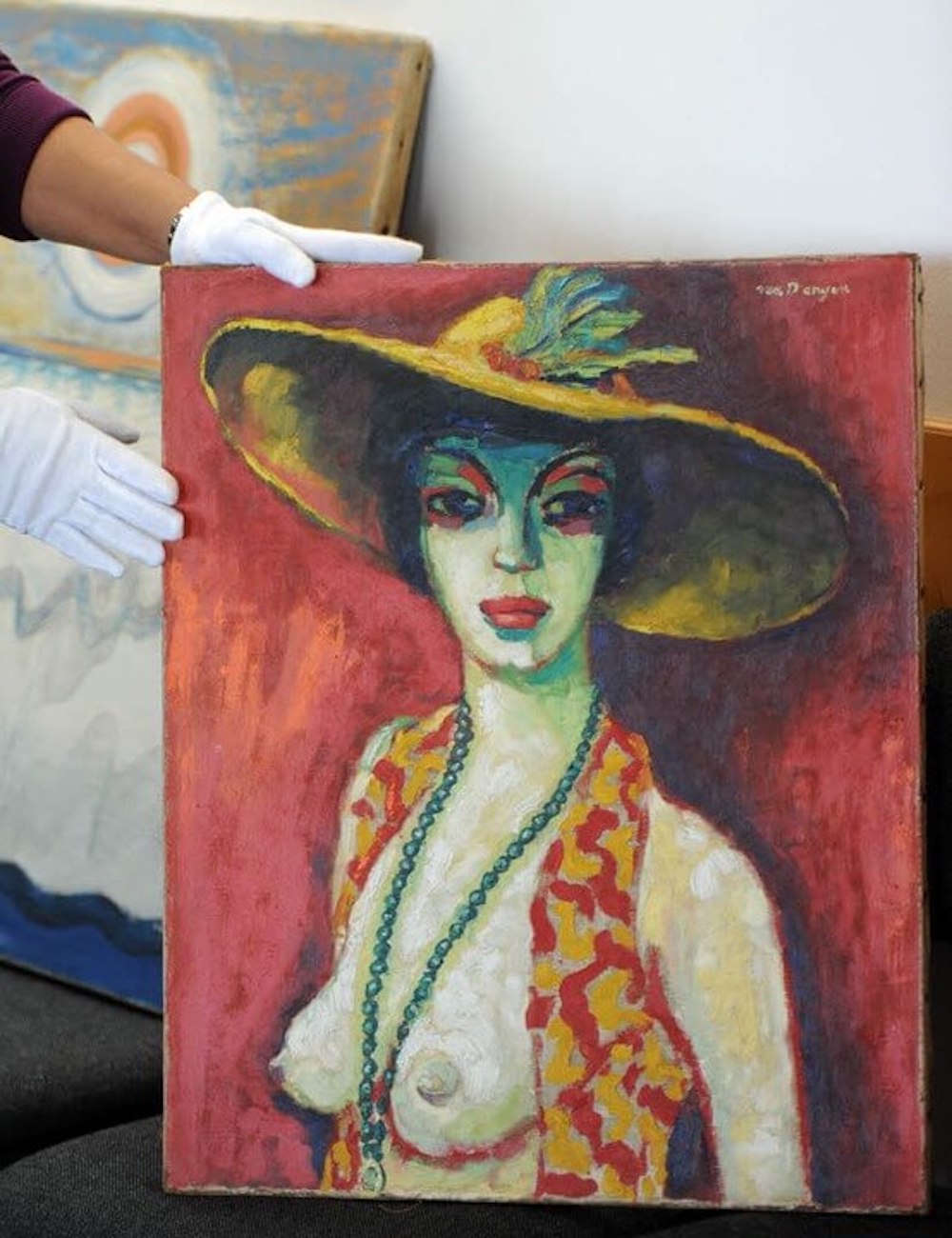 It was not only world-renowned experts who let Beltracchi’s paintings slip under their radar for years, but also famous Hollywood actor Steve Martin was among dozens of collectors to have purchased fakes by Beltracchi. In 2004, he bought “Landschaft mit Pferden”, which was said to be a 1915 work by Campendonk; Martin paid €700,000 for Beltracchi’s fake and sold it in a Christie’s auction two years later at a €200,000 loss. 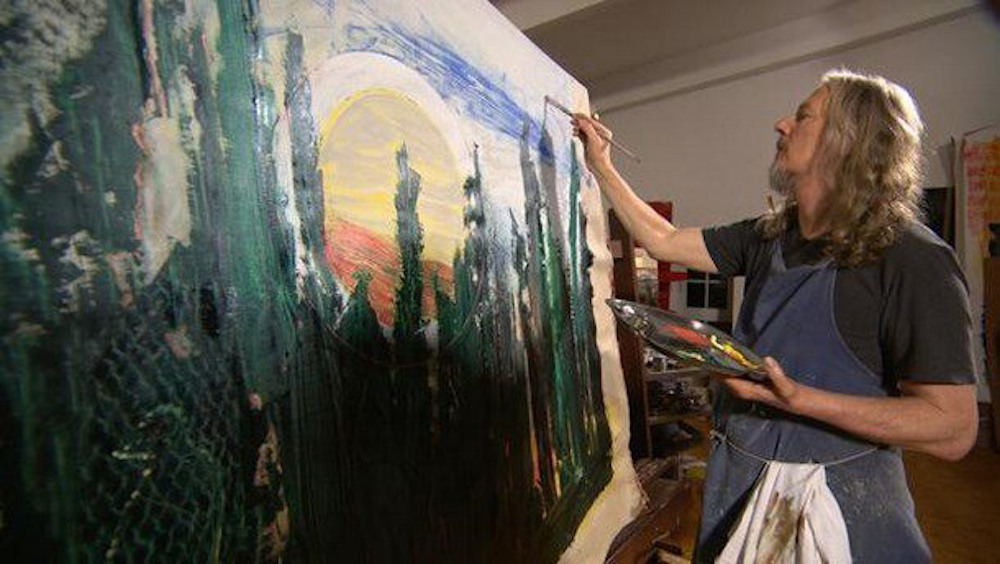 It came into the possession of Galerie Cazeau-Béraudière. After the 2006 exhibition at the Max Ernst Museum, it was sold to collector Daniel Filipacchi for $7.7million. After Beltracchi’s forgery mastermind was uncovered, Filipacchi said he couldn’t help but admire Beltracchi who was “an extraordinary painter” and a “genius” as he was able to fool art experts across the globe without raising any suspicion. 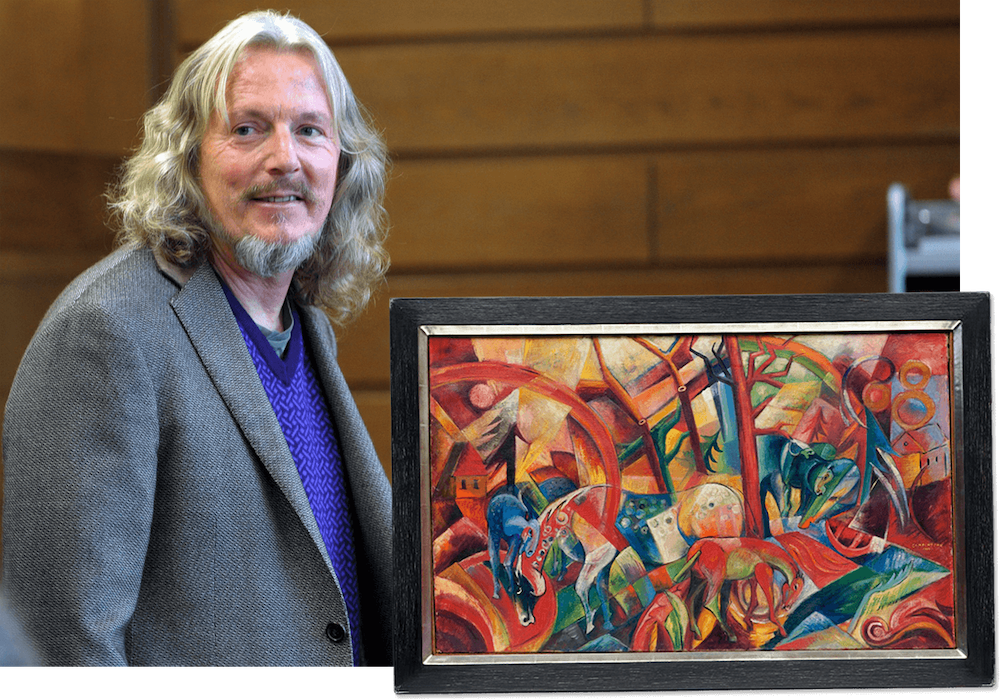 In November 2006, a Ukrainian investor acquired "Rotes Bild mit Pferden" allegedly painted by Heinrich Campendonk, but in reality, by Beltracchi, through a Maltese mailbox company at a record price of €2.8m. It was the highest price ever paid for a work by this particular German Expressionist. This record price heralded the end of Beltracchi's career as a forger, and it was only two years later in 2008 that the Beltracchi scandal began.

What was once Beltracchi’s golden ticket into the international art market was starting to work against him. Upon analysis of “Rotes Bild mit Pferden”, it was revealed that tiny traces of titanium white were found in the paint layer- a pigment that was not used by the supposed painter in 1914. Beltracchi had run out of zinc, which he normally mixed with his white color himself. Instead, he bought a pure zinc white from a Dutch manufacturer that did not disclose that the paint contained traces of titanium white- the fatal error.

This discovery marked the beginning of a global scandal in the art world - a police investigation was launched that would reveal the biggest case of art forgery in history. The news of the fake Campendonk spread like wildfire and soon all the paintings from the Flechtheim collection came under scrutiny- within two years, 15 fakes were identified bearing the infamous Flechtheim label.

Panic spread through all the auction houses, with the greatest scandal of the 21st century taking over the world of art, and it was on 27th August 2010 that Wolfgang and Helene Beltracchi were arrested. 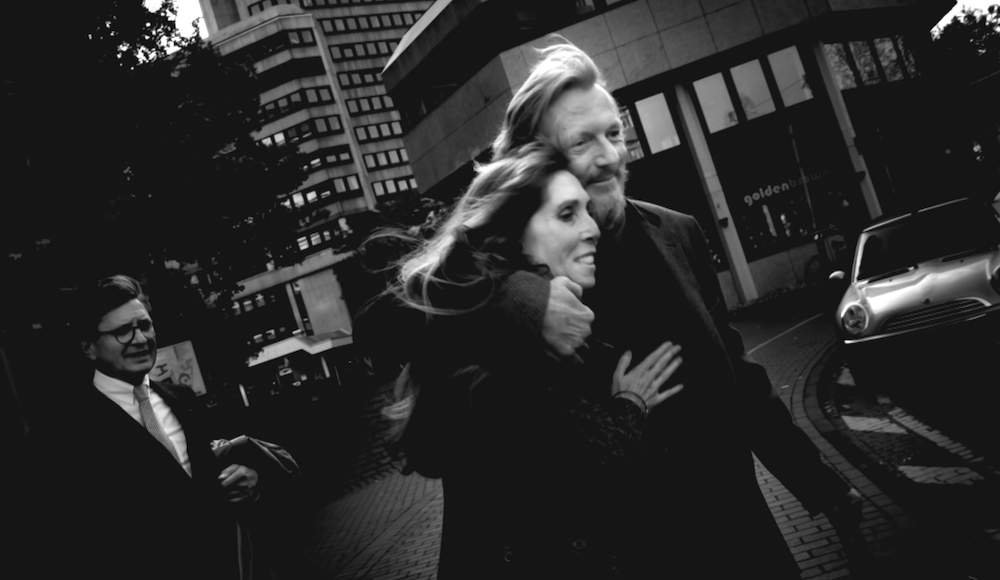 The Trial and Arrest

During the trial that started on 1st September 2011, Beltracchi was accused of forging 14 paintings, and with only these paintings did the investigative authority hope to have enough evidence to prove the forgery. Beltracchi admitted to the forgeries and his 40 years of art forgery and although he was ordered to pay €35m in restitution, the investigators could never find out where the other approximately 300 Beltracchi fakes were. 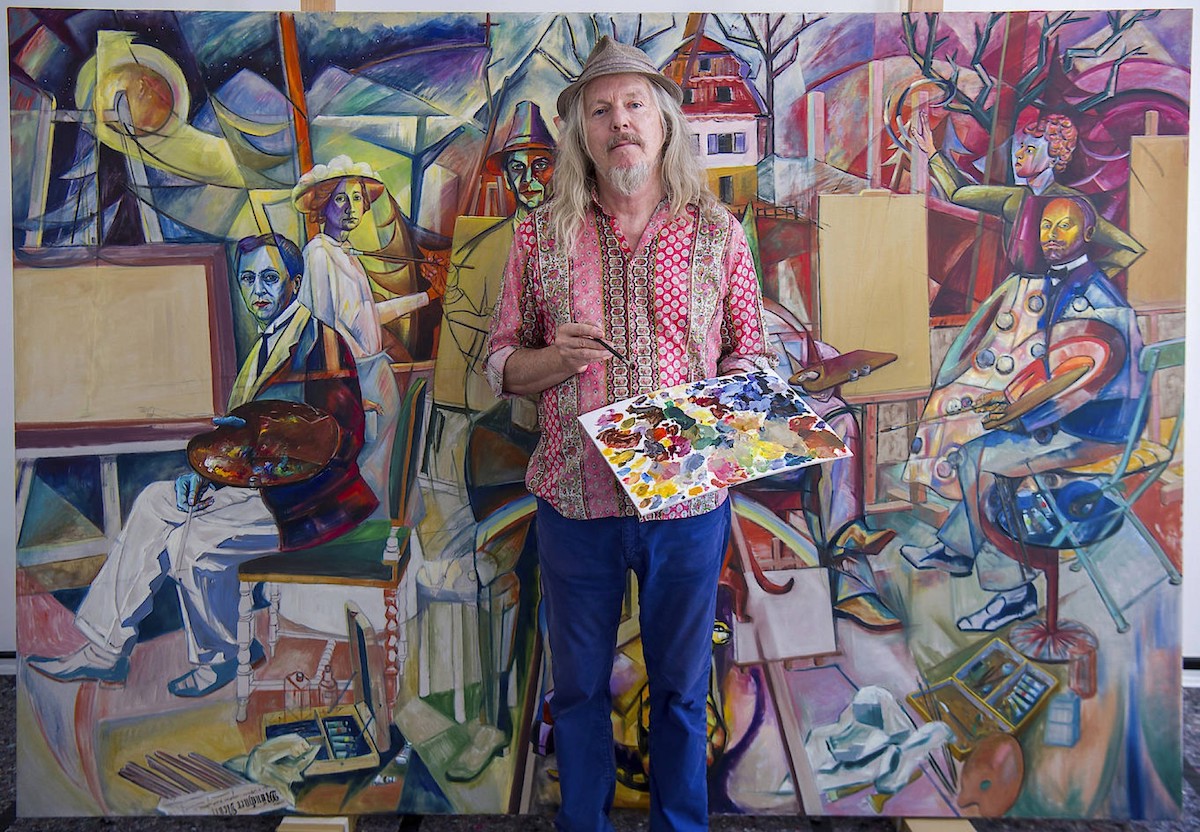 This Robin Hood tale of a man stealing from the rich took the media and indeed the art world by storm. However, the art dealers, collectors, buyers, and auction houses were very happy to close this case quickly and forget that they were ever duped by this man who had a devilish stroke of genius and a talent so exceptional that even they were fooled.