The existence of Jesus of Nazareth is not questioned in any monotheistic religion that derives from the Old Testament. However, his relation to God is interpreted differently in each religious creed.

Given the multifaceted nature of Jesus, Wolfgang Beltracchi in his own series transforms the portrait of ‘Salvator Mundi’ into the portrait of “the Seer” who observes past, present, and future world events in a glass sphere held in his hands. 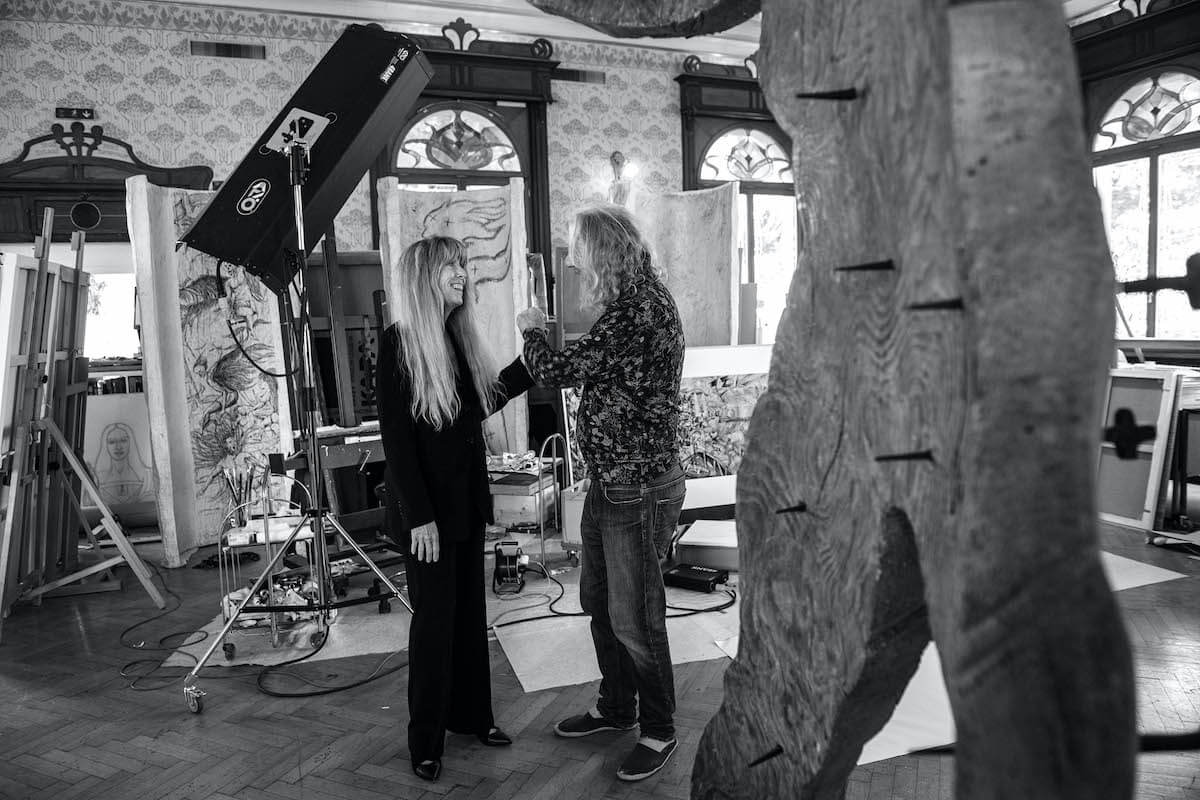 Beltracchi allows more than 1000 years to pass after the death of “the Seer”, and situates him in a Jerusalem caught in the throes of war between Christian and Muslim supremacy over the Holy Land.

Furthermore, to draw attention to the Israeli-Palestinian conflict, one of the world’s most enduring conflicts, a Palestinian child soldier is reflected in the sphere.

Wolfgang Beltracchi leads the viewer through a kaleidoscope of artistic movements from the past to the future, interweaving historical and current global and political affairs, with its heavily apocalyptic undertone, which is portrayed in the different backgrounds and reflections in the sphere.