For the Van Gogh Series, Beltracchi channels the techniques of Van Gogh’s Post-Impressionist style as he recreates the most expensive painting in the world, ‘Salvator Mundi’. 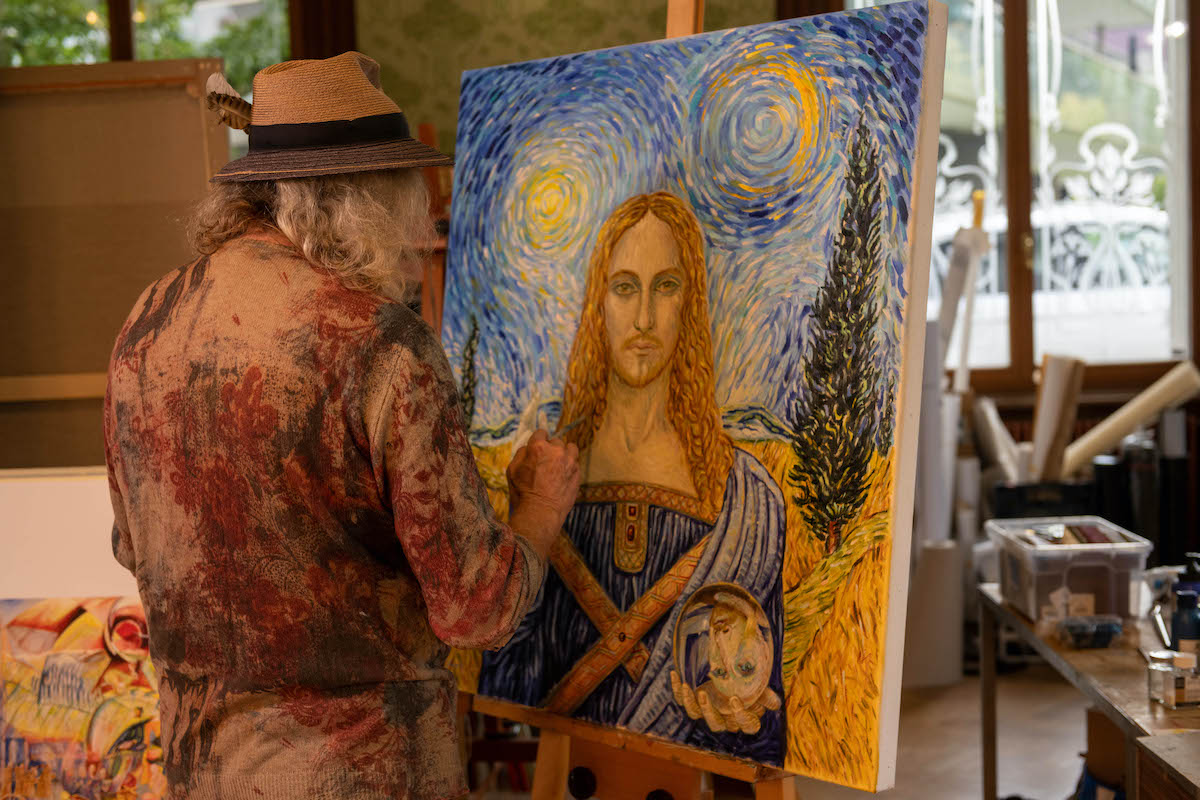 Like Van Gogh, Beltracchi paints oil on canvas, working alla prima applying the paint wet-on-wet in a single application in order to make the light that falls across the painting reflect in a particularly noticeable way. Van Gogh employed this technique extensively for expressive purposes. Further still, to mimic Van Gogh’s use of vibrant colors, Beltracchi uses complementary colors such as blue and orange to bring the artwork to life. 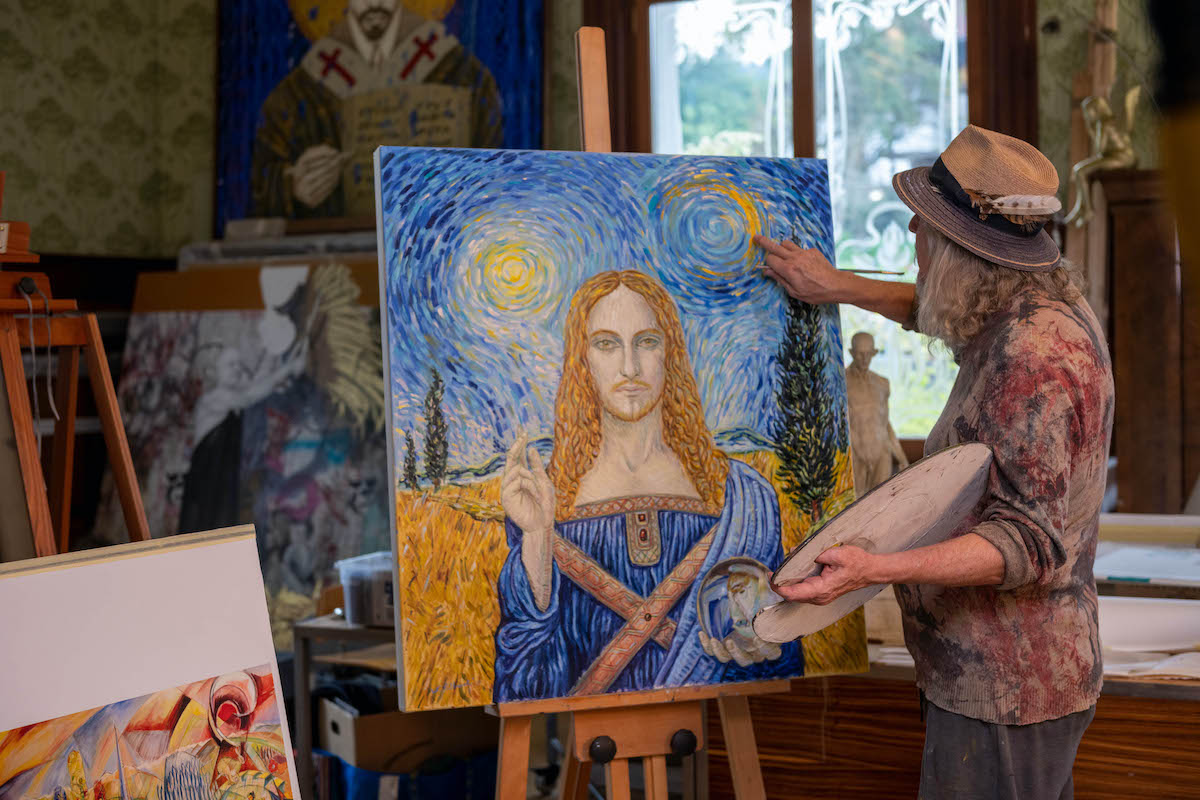 While the portrait of ‘Salvator Mundi’ remains the focal point of each work, Beltracchi uses different backgrounds to create new variations in the series. The backgrounds serve as panoramas that slide behind the portrait in intervals making each piece a unique work of art. For some of the background variations, Beltracchi gives us his take on Van Gogh’s most prominent works such as, ‘A Wheat Field with Cypresses’; ‘Wheatfield with Crows’; ‘Olive Hain’; ‘The Starry Night’, and an interpretation of Van Gogh’s personal bedroom walls that were covered in art works. 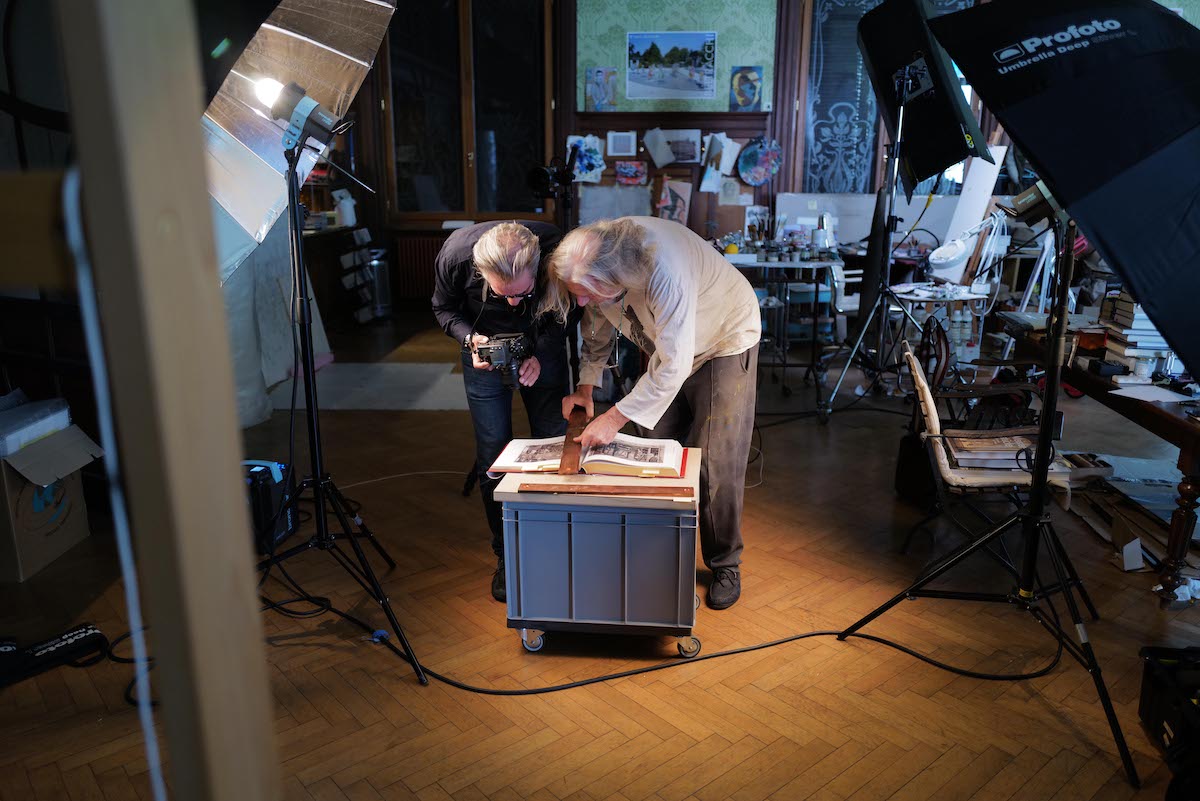 Today we know Van Gogh to be one of the most famed and celebrated artists, however, he was not commercially successful during his lifetime. His misfortune is largely attributed to his lifelong struggle with a variety of mental health issues. Since mental health issues were not widely recognized, researched, or understood in the late 19th century, with very few treatments available, Van Gogh eventually succumbed to his disease and committed suicide.

The boldness in Van Gogh’s style, and use of strong, vivid colors stand in direct contrast to his inner turmoil.
Beltracchi acknowledges and embraces the darker side of Van Gogh’s life; in the sphere held by ‘Salvator Mundi’, Beltracchi paints a series of portraits of Van Gogh that showcases his state of distress. Additionally, a portrait of Beltracchi in the style of Van Gogh is painted in the sphere. 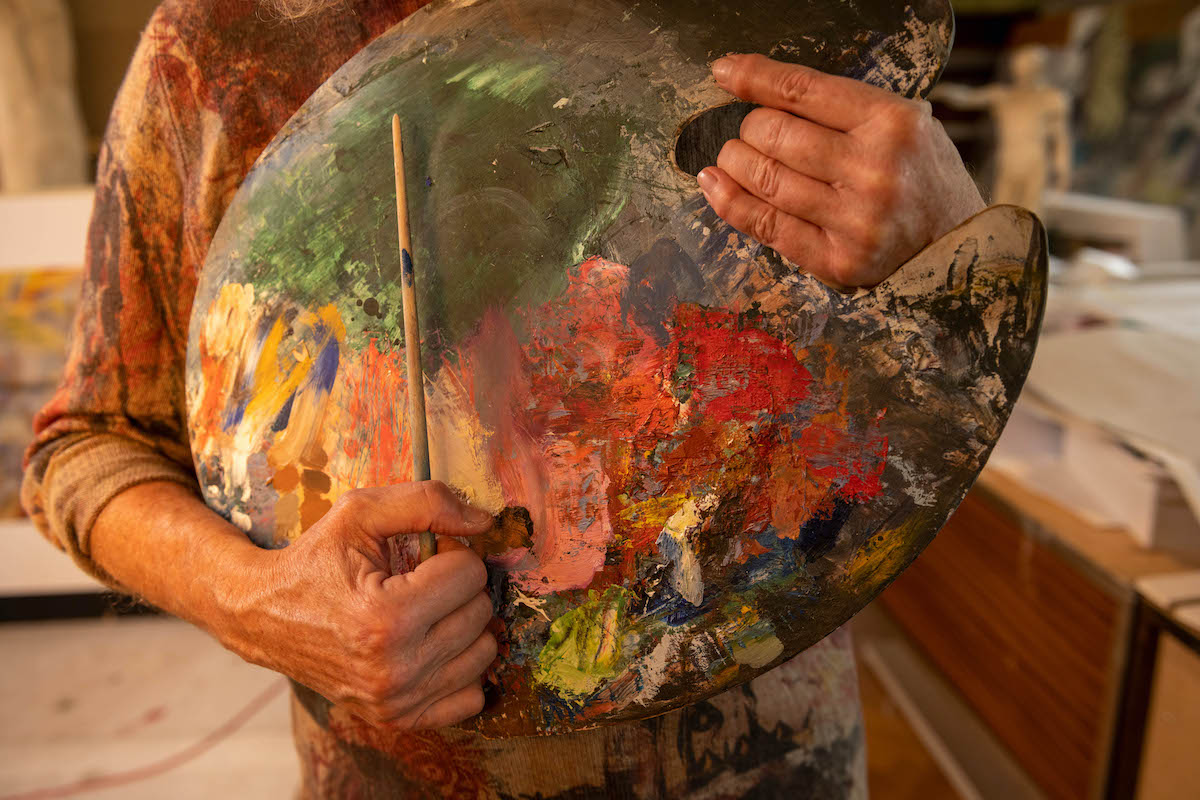