In November 2017, ‘Salvator Mundi’, was sold by Christie’s, New York, as an authentic work by Leonardo da Vinci, even dubbing it “the male Mona Lisa”, to the Crown Prince of Saudi Arabia for a record-shattering price of $450.3 million; with proceeds of nearly half a billion dollars, it is the most expensive painting in the world to date.

However, since its sale in 2017, questions regarding the authenticity of this enigmatic painting have proliferated and continue to sweep the art world.

Prior to the Louvre’s extensive study, Professor Dianne Modestini- the restorer who worked on ‘Salvator Mundi’ before the sale at Christie’s- was the authoritative voice of authenticity on the painting; after the restoration, the painting was authenticated by distinguished Leonardo experts such as Martin Kemp and David A. Brown, and subsequently exhibited at the National Gallery as an autograph work by Leonardo da Vinci. 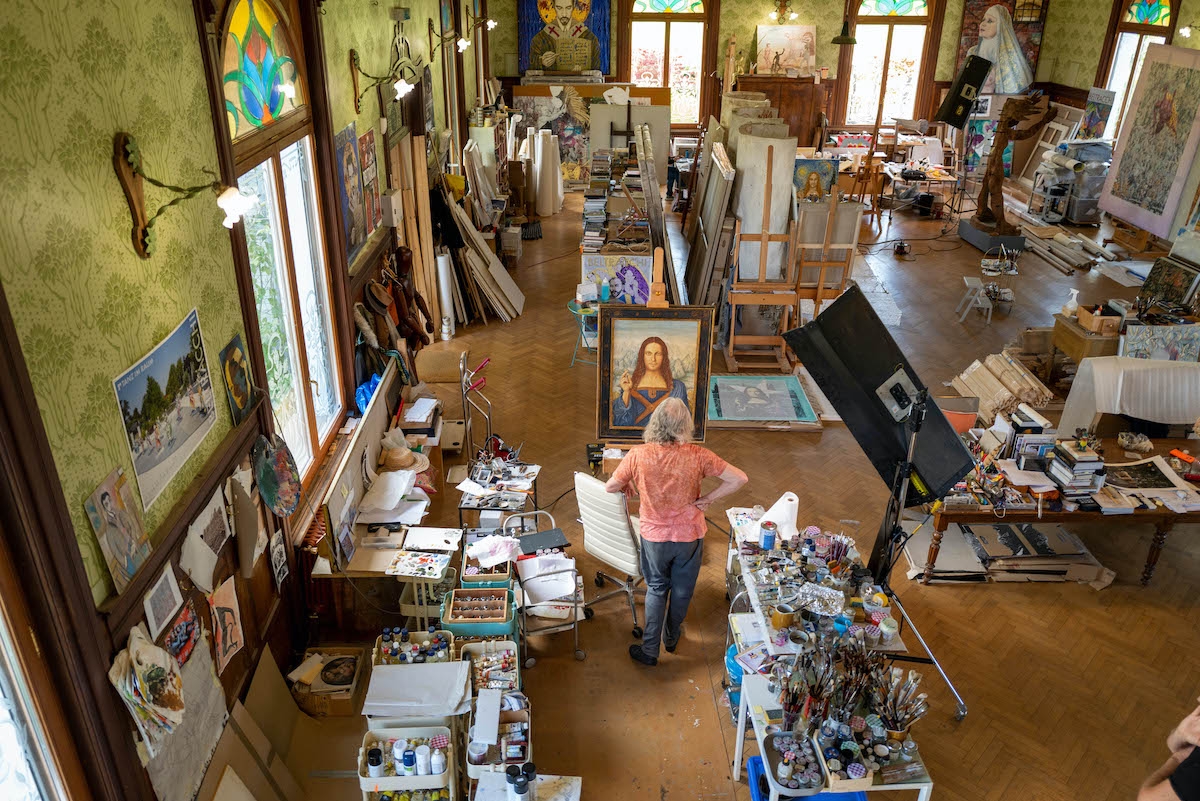 Nonetheless, Frank Zöllner, the author of Leonardo da Vinci's catalogue of works, only attributes the painting to the artist’s atelier not to the artist himself. In addition, well-known experts such as the Louvre’s curatorial and restoration experts- Vincent Delieuvin, Myriam Eveno and Elisabeth Rayaud- also contested the attribution of Leonardo da Vinci’s authorship, and argued instead that ‘Salvator Mundi’ is the work of Leonardo’s atelier. To date, no concrete evidence has been found that proves that ‘Salvator Mundi’ was painted autonomously by Leonardo da Vinci.

Wolfgang Beltracchi conducted meticulous research and dealt in detail with Leonardo’s alleged ‘Salvator Mundi’. He believes that Leonardo da Vinci had no reason to paint this work, particularly since there was no mention of this picture in da Vinci’s extensive notes that were left behind. Furthermore, it is highly improbable that da Vinci would have painted the work for religious reasons because he was not a Christian in the classical sense, but rather an agnostic or a pantheist. Instead, he was very interested in the natural sciences and research that contradicted the views of the Christian Church of the time. 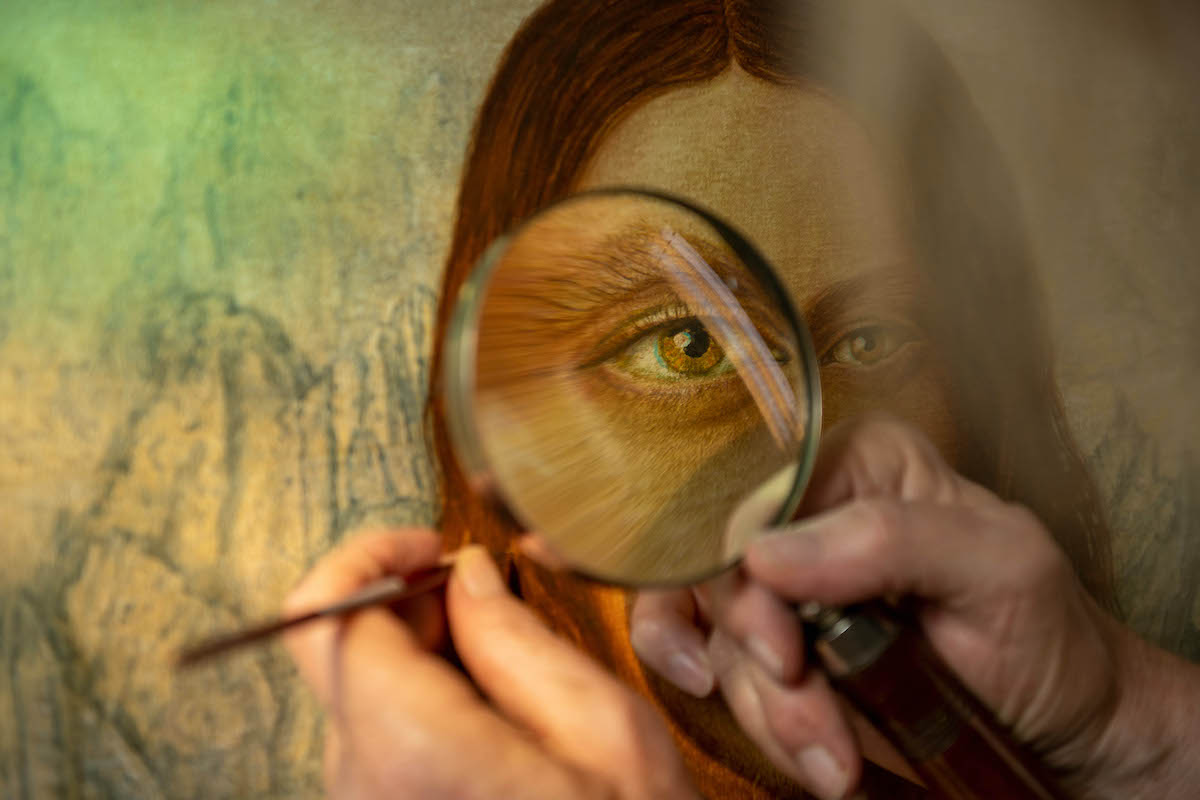 Around the age of 14, da Vinci began his apprenticeship in Andrea del Vorrocchio’s workshop in Florence. He spent his time learning a wide range of technical skills including drawing, painting, sculpting, and even carpentry and metalworking. Vorrocchio’s workshop was verifiably in possession of a glass sphere, just like the one depicted in the alleged Leonardo painting. It is thus possible to argue that given his breadth of knowledge and materials at his disposal, da Vinci would have been familiar with the phenomenon of reflections and distortions that are created in a glass sphere.

Moreover, Leonardo da Vinci was extremely left-handed, which is visible in his authentic paintings and drawings; this left-handedness should be recognizable on a ‘Salvator Mundi’ by da Vinci. Wolfgang Beltracchi shows to a high degree of probability how Leonardo would have employed his full skill and knowledge in his depiction of the sphere held by the Redeemer. In addition, instead of recreating the black background of ‘Salvator Mundi’, Beltracchi paints a landscape representation. To this end, after comprehensive research, Beltracchi envisages, develops and paints a different representation of ‘Salvator Mundi’ in the true style of Leonardo da Vinci, if he indeed would have undertaken this subject. 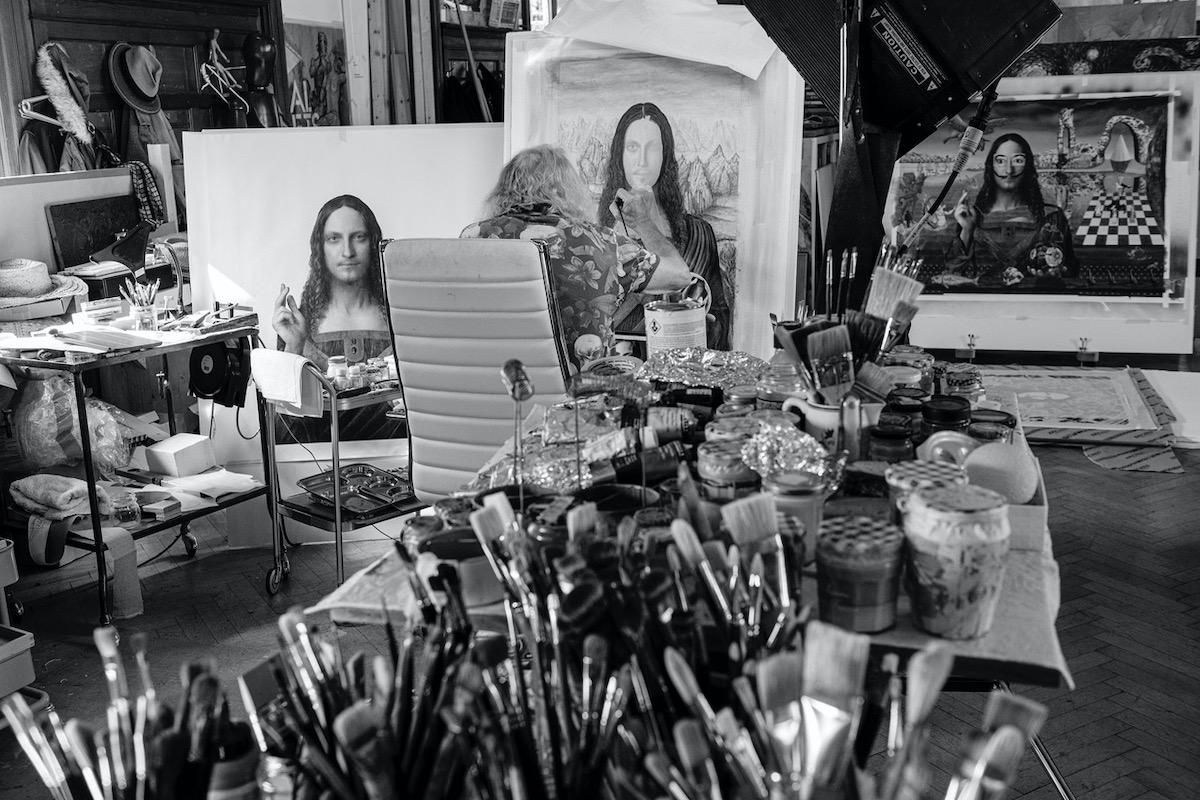