For the Dalí Series, Beltracchi paints one masterpiece in the surrealist style of Salvador Dalí, recreating the most expensive painting in the world, ‘Salvator Mundi’. Salvador Dalí was inspired by Renaissance art; he admired these Renaissance artists’ diversity of exceptional skills, in particular Leonardo da Vinci, to whom he was known to liken his artistic genius. 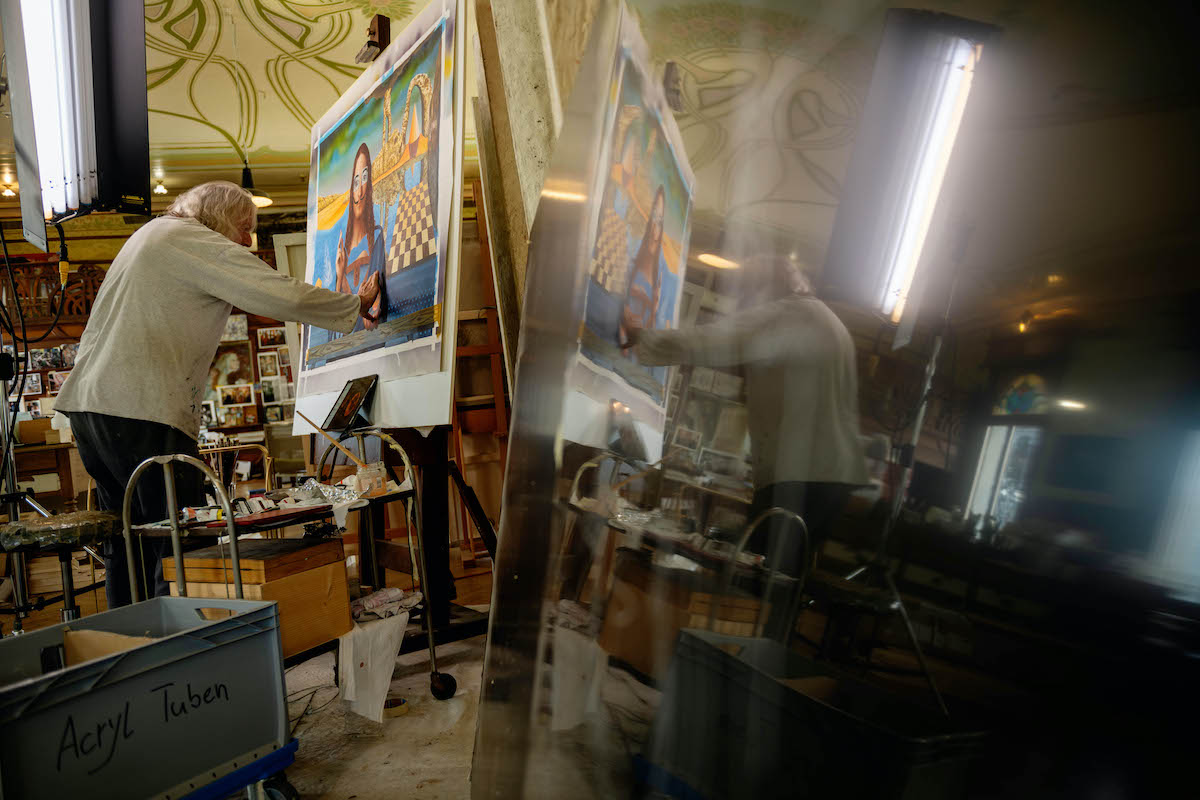 The center of the masterpiece is the portrait of the alleged da Vinci’s ‘Salvator Mundi’. Beltracchi draws the wide-eyed gaze, which Dalí is famous for painting in his own self-portraits, as well as his distinctive impeccably waxed moustache, making the features resemble a collage.

It is possible to imagine that Dalí would have painted ‘Salvator Mundi’ with his own unmistakable features, had the work been well-known at the time. Dalí was known to call himself, in messianic repetition, his generation’s “savior of art”. 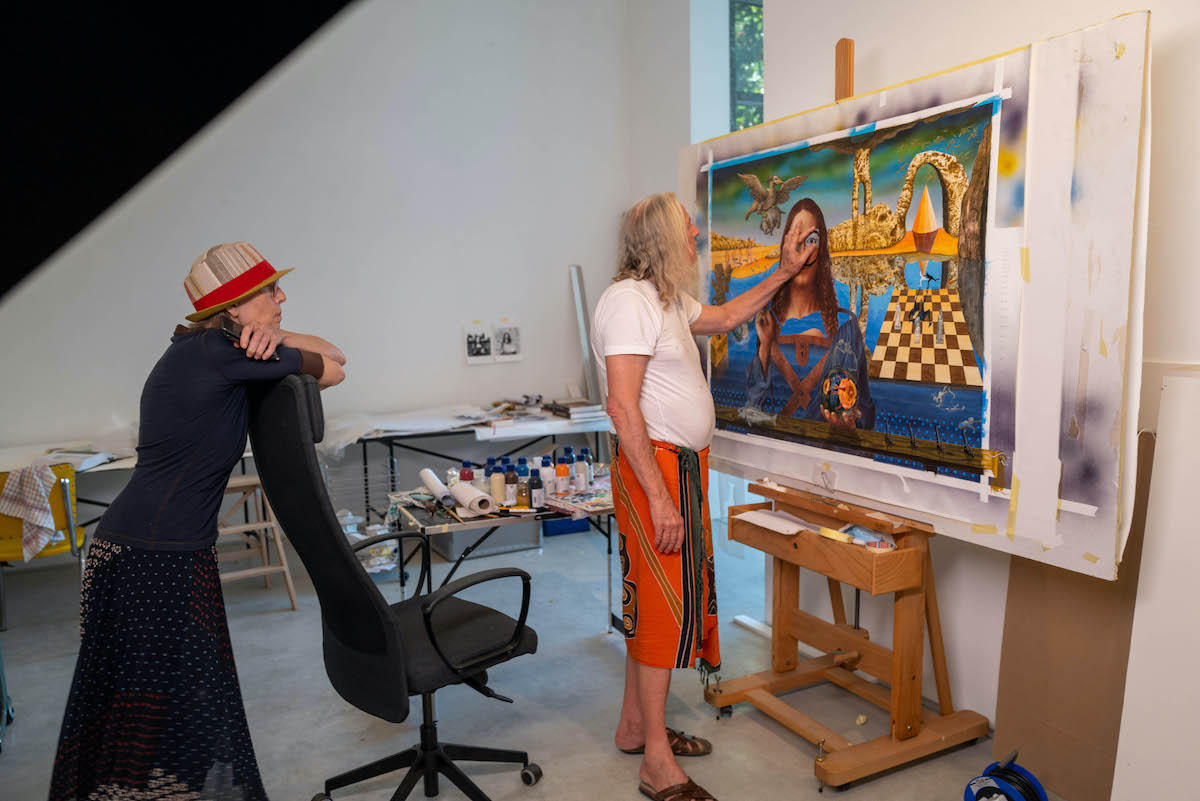 The portrait is set in a surrealist landscape, with the figure of ‘Salvator Mundi’ emerging from the sea. The body of water merges into a surrealist mountain landscape and sky. To the right of the figure, Beltracchi paints Dalí’s famous chessboard; each variation of the original painting shows the last ten positions from 100 historic chess games played by world-class chess masters and grandmasters. 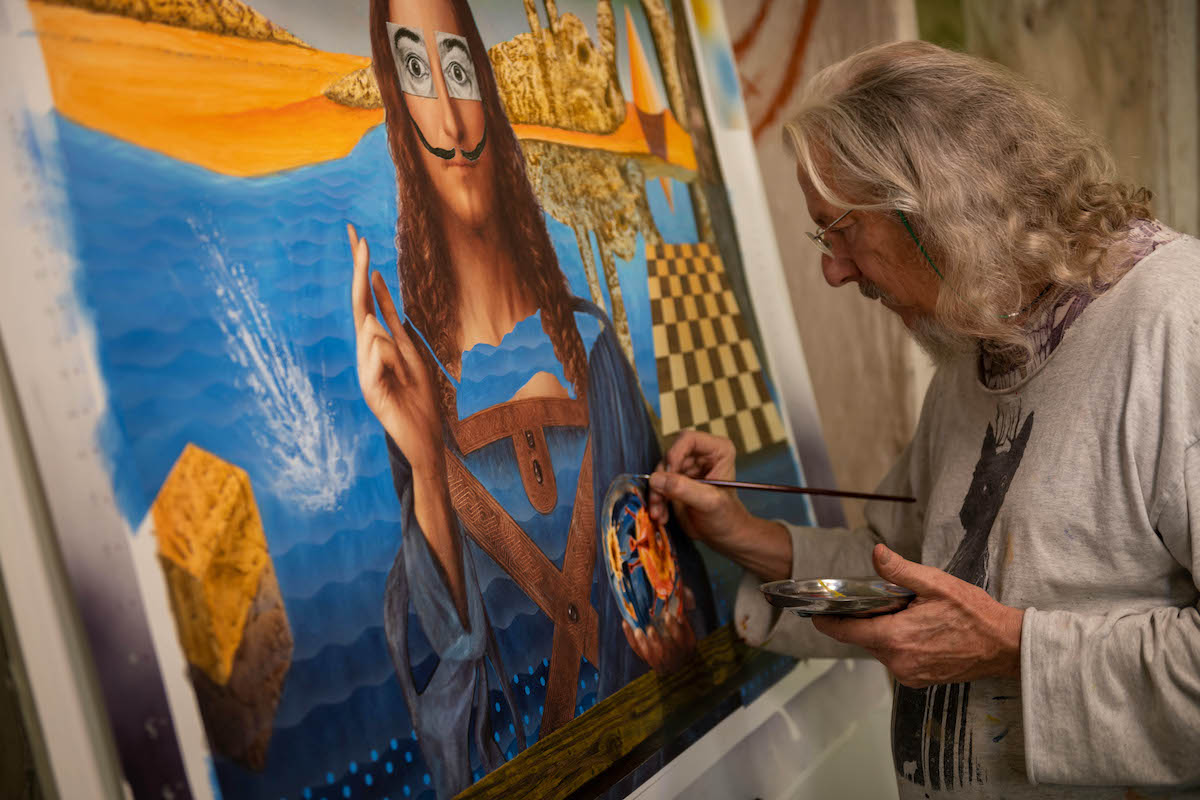 The original masterpiece shows a fictional constellation by the French artist and famed chess player, Marcel Duchamp; Dalí and Duchamp were lifelong friends and spent a lot of time playing chess together. In 1932, Marcel Duchamp published the book, ‘Opposition and Sister Squares are Reconciled’, a collaborative work with fellow chess champion, Vitaly Halberstadt. In this publication, Duchamp describes the endgame in chess or ‘Fin de Partie’; Beltracchi paints the chess position known as “trebuchet” on the chessboard. 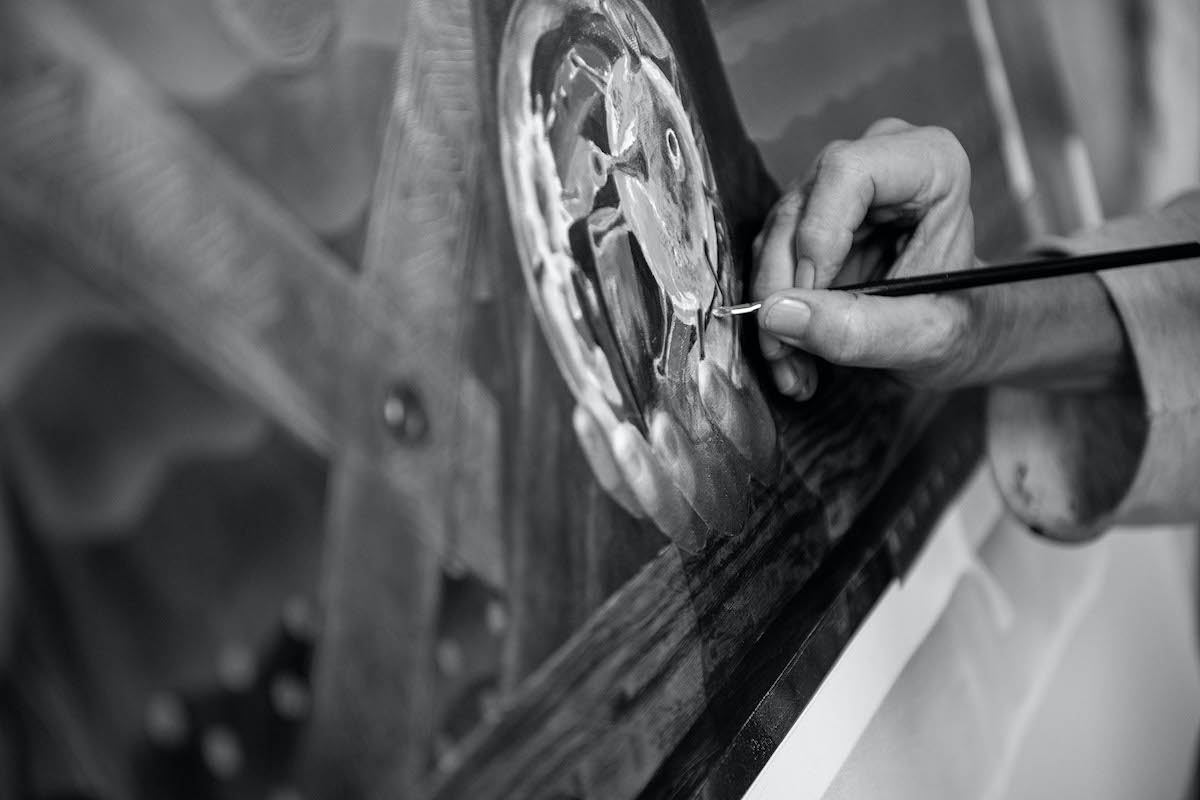 Duchamp’s Readymade in 1917, a coat rack with four hooks that is nailed to the floor, was also entitled “Trebuchet”; Beltracchi pays homage to Duchamp’s Readymade by painting ‘Salvator Mundi’s’ hand resting upon the plank of horizontal wood with four coat hooks, which spans the width of the painting.

On the wooden surface, one can also see a variation of animal skulls. Furthermore, as a nod to the current pandemic that is sweeping the world, Beltracchi paints a symbolic rendition of the Coronavirus disease in the sphere that ‘Salvator Mundi’ is holding in his left hand. Other elements that are incorporated into the painting include classical sculptures, surrealist sea monsters, nudes and spiritual beings that symbolize birth, change, and impermanence. 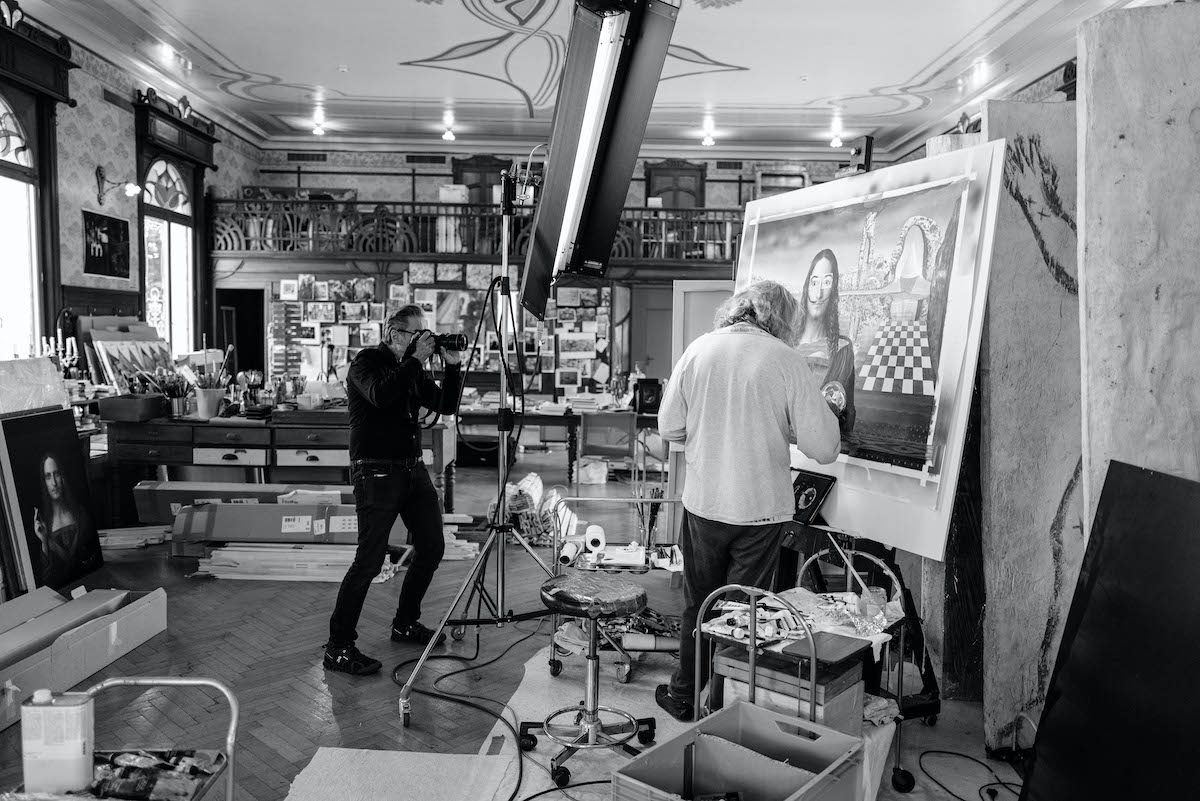